The Centre for Health Equity Training, Research, and Evaluation invites you to attend the launch of The Effectiveness of Health Impact Assessment in New Zealand and Australia: 2005-2009 Report

Webinar facilities will be available for our interstate and international attendees. RSVP to Heike Schutze: h.schutze@unsw.edu.au

Paper/Poster Abstracts Invited:  The online submission form for IAIA14 paper/poster abstracts is available on the conference website under the Submissions menu. The submission deadline is 6 December 2013.

Student Fee Waivers: The Student Fee Waiver program allows up to ten students a waived conference registration fee in exchange for providing in-kind services on-site at the conference. For more information, contact Loreley Fortuny at IAIA HQ (impact@iaia.org) for program guidelines and an application form.  Completed forms are due 6 December.

Sponsorship opportunities:  IAIA is currently seeking sponsors for the IAIA14 conference.  Download the Sponsorship Opportunities brochure to find out the various ways your company can reach out to over 700 environmental professionals from 80+ nations.
Posted by benharrisroxas No comments: 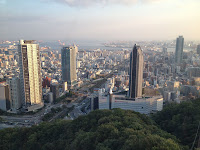 I've been invited to participate in a WHO Consultation on Urban HEART in Kobe. This is a post on Day 3 of the Consultation, there are also posts on Day 1 and Day 2.

There was a widespread view that the current Urban HEART guidance works quite well but that there are a few areas where it might be enhanced. There was discussion about the selection of interventions and responses being difficult in practice, and that it involves considerable negotiation. There wasn't agreement about the best ways to reflect this in the guidance but it was a recurrent theme, and one that's familiar in the context of HIA and negotiating recommendations.

Community participation is another aspect of Urban HEART that has been difficult to provide guidance on. Participatory rapid assessments, health assemblies, surveys, workshops, and the use of mobile and electronic engagement tools were all discussed as ways to involve communities in Urban HEART processes, though these were all recognised as having limitations.

There was quite a lot of discussion about the extent to which HIA might be integrated into Urban HEART, though it was agreed that Urban HEART and HIA are complementary rather than being processes that could be integrated. This is because Urban HEART helps to identify needs and areas for action at the city level, whereas HIA is most useful where there is a proposal or a limited set of options to assess. So whilst there are procedural similarities they serve quite different purposes and integrating them might complicate things rather than helping. The diagram below from the Urban HEART User Guide shows how WHO conceptualises Urban HEART's role in local planning cycles. Some related procedures like multi-criteria decision analysis and equity lenses were also discussed, and how they might be integrated into Urban HEART. 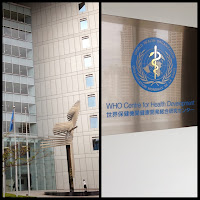 I've been invited to participate in a WHO Consultation on Urban HEART in Kobe. This is a post on Day 2 of the Consultation, there are also posts on Day 1 and Day 3.

The first workshop focused on factors affecting health equity that might be missing from or not sufficiently emphasised in Urban HEART. These include things like gender, food and nutrition, emergency preparedness, conflict and security, universal health coverage and environmental sustainability.

The issue of within-neighbourhood disaggregation was discussed, particularly in terms of age and gender, but there was a broad recognition that this data simply isn't available for most indicators and that this may add a layer complexity to an already imposing process. There was also a recognition that many indicators of health equity might not be sensitive enough, or may reflect structural or systemic inequalities, to change at the local or city level. These issues will be very familiar to those who have looked at equity and vulnerability within impact assessments.

There was quite a bit of discussion about the degree to which Urban HEART needs to be regarded as a standardised, readily-comprehensible approach or something that can be adapted to local needs. This is a debate I've encountered several times in relation to HIA and the answer seems to lie somewhere between those two extremes.

A presentation from Dr Oyelaran-Oyeyinka from UN-HABITAT emphasised the important role cities play as the engine rooms of economic development, though the challenge is to ensure that's inclusive development. Internationally the urban-rural divide is diminishing but the rich-poor divide is increasing.

Kelly Murphy from St Michael's Hospital in Toronto presented on her work adapting Urban HEART for use in developed countries. The City of Toronto has adopted Urban HEART as a mechanism to guide funding of Neighbourhood Improvement Areas and Issue to 2020. 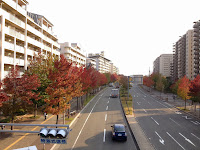 I've been invited to participate in a WHO Consultation on Urban HEART in Kobe. This is a post on some of the issues discussed on Day 1, with some of my thoughts and reflections scattered throughout. There are also posts on Day 2 and Day 3.

Urban HEART grew out of the Commission on the Social Determinants of Health's work and dates back to 2007. Early activity on piloting and developing a tool were led by a few countries, notably Iran. The final report from the CSDOH gave further impetus and led to more piloting of Urban HEART in more cities. After piloting Urban HEART was extensively reviewed and Version 1 was published in 2010.

Urban HEART is conceptualised by WHO as a tool for assessment and response to health equity issues at the city level. Urban HEART was designed to meet four criteria:
It's a stepwise process with a lot of similarities to HIA. In contrast to HIA it doesn't need a proposal (even a general one or options) to assess. Rather it allows municipalities to identify issues for action and responses at the city level, and in that way it's more like a needs assessment or planning activity. It's useful where some willingness to act on health already exists, so Healthy Cities is a useful basis for action. Higher-order support is always required (which may be less true for HIA?).

Data that informs Urban HEART is almost always spread across agencies - no single one holds or reports on even the core indicators. This means multiple permissions and interagency liaison is often required, which reiterates the need for higher-order permission and negotiation at the earliest stages. Whilst this is undoubtedly desirable for HIAs as well it hasn't always been possible in my experience and HIAs often fly under the radar, at least in the early stages. I'm not sure that would be possible for Urban HEART but I'm not sure that's a bad thing. The under-the-radar HIAs I've been involved in have often encountered resistance when their recommendations are presented. A clear, unambiguous mandate and imprimatur as a basis for proceeding isn't a bad thing.

A survey of Consultation participants that was conducted in advance found that most participants thought Urban HEART works well overall, is easy to use and successfully links evidence to action, but is less successful at being comprehensive and organisationally sustainable.

Case studies from the City of Paranaque in the Philippines, Tehran in Iran and Indore in India provided a range of useful, practical lessons on the use of Urban HEART (and they were quite inspirational). The Inore case in particular modified the indicators in a way to suit the local context, in their case by ensuring that the indicators were all meaningful and comprehensible to anyone, from residents to national bureaucrats. The case studies also highlighted the need for Urban HEART to not be a one-off activity but as an activity that needs to be revisited/undertaken semi-regularly.

New HIA reports from the National Collaborating Centre for Healthy Public Policy (NCCHPP). These documents are available in both English and in French on the NCCHPP's website:

Planning Knowledge Sharing in the Context of a Health Impact Assessment

The 12th International Conference on Health Impact Assessment (HIA): New issues arising from the evolution of the practice - Summary of Discussions