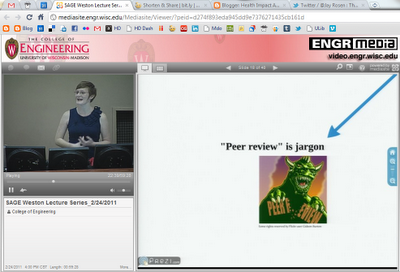 I found this presentation interesting and I think it has a lot of implications for both HIA and knowledge transfer in general.
Posted by benharrisroxas No comments: 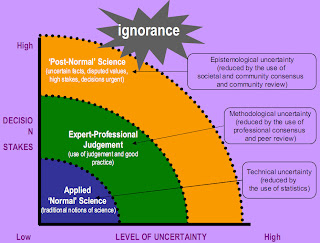 I came across post-normal science during my PhD work and it is a core part of my understanding of why communities and other non-expert stakeholders need to be involved in HIA.


I have an old poster which shows how I think post-normal science links to HIA (including the image above). Click here to download it.


You can join the webinar by clicking here.

Tuvalu: A snapshot of our future? 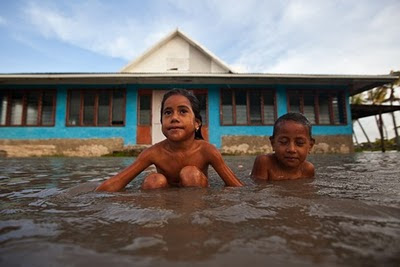 There's a striking piece by Maina Talia over at New Matilda on the effect of the rising King Tides in Tuvalu, which now totally inundate the small Pacific island nation.
Apart from the heart-wrenching nature of the story I couldn't help but wonder if Tuvalu's plight, and the lack of response from Western nations, offers an insight into what much world will look like in 20 years time.
Posted by benharrisroxas No comments:

The Impact of an Advocacy HIA?

An open letter on Australian human rights was published today, signed by 32 prominent Australians. It makes direct reference to the Northern Territory Emergency Response HIA that was published by the Australian Indigenous Doctors' Association last year (article, report).
The Northern Territory Emergency Response (NTER), also know as 'The Intervention', is a major policy response by the Australian federal government to concerns about Aboriginal health and welfare in Australia's Northern Territory. The NTER includes a number of far-reaching measures, including:
This HIA was conducted without the direct support or involvement of the proponent or the decision-maker, both the Australian Government in this case. The goal was to identify potential impacts and to create pressure for the implementation of the Intervention to be improved.
The HIA didn't result many obvious immediate changes. However this open letter and other references to the HIA have shown that it influenced thinking amongst a number of stakeholders.
We need to take a broader view when thinking about what makes an HIA effective.
Posted by benharrisroxas No comments:

A recent study has found that the introduction of prominent labelling on fast food menus in New York City had little impact on children's and adolescents’ fast-food choices.
The study compared children in a low income area in NYC to a similar group in New Jersey, which doesn't have menu labelling requirements. It found that there was no significant difference in caloric purchasing between the two groups.
Of course this is only one study and it needs to be replicated in different contexts. It adds to the existing evidence suggesting that menu labelling won't be the simple policy solution to population obesity rates that some might hope.
Read the study, or some coverage of its findings. Also revisit the related HIA that was conducted in LA County and the excellent Robert Wood Johnson review on Menu Labeling: Does Providing Nutrition Information at the Point of Purchase Affect Consumer Behavior?
Photo by Ed Yourdon
Posted by benharrisroxas No comments:

Reasons Why the HIA Gateway Should be Saved - 2nd UPDATE


I would like to register my support to saving the HIA Gateway. It is an invaluable resource tool, both as an instrument of basic education on the methodology and practice of HIA, as well as a very useful starting point for scoping specific HIA's and allowing a rapid and cost efficient assessment of the way forward. I have used the resources to complete HIA projects in countries in the Middle East, where gains in public and community health have been hard won, with substantial investment of time and resources. Such gains, however, may be fragile and reversible should due care and suitable assessment not be applied regarding these issues in development. The UK is seen as a leader in HIA in these countries, and the HIA Gateway certainly contributes to that recognition.
Aamer Raza (Independent HIA and EIA Consultant)
-------------------------------------------
Posted by Salim Vohra No comments:

In worrying news for impact assessors... 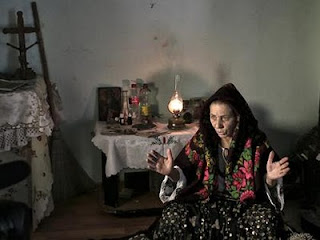 Decline of car pooling in the USA 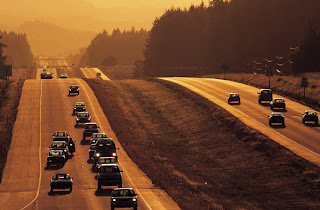 A really nice historical and sociological piece on how car pooling was popular in economically hard times but began disappearing with affluence and changes in how and where people lived in the USA.

Most importantly the article raises the question that because of the way we are it is unlikely to become popular again in the US whatever the incentives policy-makers might wish to use.

Some information on a project being conducted by the UK National Heart Forum that might be of interest:

The development of Global Health Impact Assessment is in line with the principle set out in the cross-Government strategy, Health is Global, to take greater account of the global health impact and equity of UK foreign and domestic policies. It should assist UK policy makers to develop policies which promote or protect health globally, particularly in relation to:
We aim to pilot and support the uptake of a Global Health Impact Assessment tool which will accompany existing Health Impact Assessment tools and guidance currently available on the Department of Health website. The tool will support policy makers across Government to assess the global health impact of their policies. We would be happy to share the tool for people to comment on and review, and are also interested to hear from colleagues who might be interested in piloting the global HIA tool as part of their work.

If you have any questions regarding the project or survey, please contact Modi Mwatsama at the National Heart Forum, email: modi.mwatsama@heartforum.org.uk or the Global Health team at Department of Health, email: globalhealthteam@dh.gsi.gov.uk